Home » Is a longbow more accurate than a recurve? Generally, a longbow is more accurate than a recurve. It is because the longbow’s design makes it easier to control the direction of the arrow.

Additionally, the longbow’s longer length makes it more stable when shooting and contributes to its accuracy. On the other hand, the recurve can be more challenging to control due to its curved limbs.

So, if you’re looking for a more accurate bow, go with a longbow. Otherwise, go with that instead. Whichever you choose, make sure to practice so you can become a master of your bow.

Advantages of a Longbow

Aside from being accurate, a longbow has many advantages over a recurve bow.

Longbows are easier to draw because the weight is evenly distributed along the length of the bow. It makes it ideal for beginners or those with weaker muscles. If you are an experienced hunter, this can be a great advantage as you can draw the bow faster and more precisely.

The longer length of the longbow also means that it can generate more power than a recurve bow. It is ideal for hunting as it allows you to take down a big game.

As they are longer, longbows tend to be quieter than recurve bows. It is an advantage if you are hunting, as it will make you less likely to scare away your prey.

Longbows are generally more durable than recurve bows, made from more substantial materials. They are less likely to break or be damaged, making them a good investment.

Features of a Longbow

Longer than a recurve

The length of a longbow is usually around 6-7 feet, while the recurve is approximately 5-6 feet. The extra size of the longbow makes it more stable when shooting, which leads to more accuracy.

The limbs of a longbow are straight, while the recurve are curved. It makes the longbow easier to control when shooting since the arrows always travel straight.

Made of one piece of wood

The longbow is usually made of one piece of wood, while the recurve is out of two components. It makes the longbow more durable and sturdier.

The arrow used in the longbow is also different from the recurve. The longbow arrow is generally longer and heavier than the recurve arrow. It is because the longbow’s design can handle the extra weight and length of the archery arrow.

How fast does an arrow travel from a longbow?

The following factors will affect the speed of your arrow:

Weight of the arrow

When propelling arrows through the air, weight is a significant factor. Heavier arrows will naturally travel slower than lighter arrows, all other things being equal.

But an arrow’s weight also affects its aerodynamic properties. The faster the archery arrow travels, the more kinetic energy it has. That’s why most archers consider a heavier archery arrow more potent than a lighter one; it simply packs more of a punch.

A heavier arrow will be more resistant to wind drag and less affected by crosswinds.

A lightweight arrow is easier to draw and will be more forgiving if an archer makes a mistake in its form. But while a heavier one may fly straighter, it’s not always the best choice for every situation.

The draw weight of the bow

A bow’s draw weight is one of the most important aspects of choosing a bow. It determines how much force is needed to draw the string back and the energy imparted to the arrow.

A heavier draw weight means a faster arrow but a more difficult bow to draw. So, finding the right balance for your shooting style is essential. The table below shows how different draw weights affect arrow speed:

If you are a beginner, starting with a lighter draw weight is best and working your way up as you get more experience. But if you are an experienced shooter, you can use a heavier draw weight to get the most speed out of your arrow.

You can use different types of bows for archery, and each type can affect the speed of an arrow. For example, a recurve bow can shoot an arrow faster than a longbow because of its design. The shape of the bowstring also plays a role in how fast you can shoot an arrow.

A too loose bowstring will not provide enough power to the arrow, while a bowstring that is too tight can cause it to break. Choosing the correct type of bow and string for your shooting style is essential to getting the most speed out of your arrow.

Many factors affect an arrow’s speed, but the shooting style is one of the most important. A well-executed shot with good form will result in a faster archery arrow than a sloppy shot.

So, if you want your archery arrow to fly faster, make sure you execute it with good form.

Length of your draw

There are a few things that contribute to this.

So, if you want to shoot a fast arrow, you must use a longer draw. If you are more concerned with accuracy, you may want to use a shorter pull. Experiment with different lengths to see what works best for you.

How far would a medieval longbow shoot?

A typical medieval longbow would have a range of around 180-200 yards. However, some skilled archers could achieve greater distances, with one record suggesting a distance of over 450 yards.

The critical factor for achieving greater distance with a longbow is understanding how to properly use the bow’s energy to generate maximum velocity. With proper technique, a longbow can reach speeds over 150 miles per hour, making it a powerful and dangerous weapon.

The longbow was an essential weapon during the medieval period, used in warfare and hunting. Archers still use the longbow for recreation and competition, achieving impressive distances. While the longbow may not be as typical as it once was, it remains a fascinating and deadly weapon.

Did Vikings use longbows?

Yes, the Vikings did use longbows. The longbow was a prevalent weapon among the Vikings. It was easy to use and could be very effective in battle.

The longbow was especially useful for Viking archers, who were often able to fire arrows at their enemies from a distance, making it difficult for the enemy to counterattack.

In addition, the longbow was relatively light and easy to carry, making it ideal for use in combat. The Vikings used their longbows significantly in battle and defeated many enemies with this weapon.

So, while the longbow may not be as well-known as some of the other weapons used by the Vikings, it was nonetheless an essential part of their arsenal. The longbow helped the Vikings to become one of the most feared warrior cultures in history.

When did the longbow become obsolete?

The longbow has become obsolete in recent years due to the advancement of technology in weaponry. It was replaced by the crossbow, which is more accurate and easier to use.

The crossbow is also more potent than the longbow. The longbow is still used in some traditional archery competitions but is not as widely used as it once was.

In archery, a longbow is a tall bow roughly equal to the user’s height, allowing very long arrows with little effort. Its limbs are relatively narrow and circular or D-shaped in cross-section. A longbow is not significantly recurved.

Many archers around the world have been using longbows for hunting and warfare. It was first used in Europe about 10,000 years ago and likely developed from earlier designs.

The English longbow was a powerful medieval weapon used significantly in battle. It was from a yew tree and could be up to six feet long.

The longbow was mighty and could penetrate armor at long range. It was a prevalent weapon in medieval England and Wales. It was used extensively in the Hundred Years War and played a significant role in the English victory over the French at the Battle of Agincourt. They also use the longbow for hunting and sport.

The longbow is a powerful and iconic symbol of medieval England. Today, archers are using the English longbow for sports and recreation. And also in historical reenactments of medieval battles.

The American longbow is a type of bow that originated in the United States. It is a recurve bow, which means that the ends of the bow curve away from the archer, giving it more power than a straight-limbed bow.

The American longbow is made from wood, usually maple or hickory, about 6 feet (1.8 meters) long. Archers use it for target archery, 3D archery, and field archery.

The American longbow has a long history. Native Americans used bows for hunting and warfare, and the first European settlers in America brought their traditional bows with them.

However, the American longbow as we know it today began to take shape in the early 1900s, when a man named Howard Hill developed a new way of making bows. Hill’s Bows were famous for their power and accuracy, and they quickly became popular with archers all over the United States.

Today, many archers are using the American longbow. It is a challenging bow to master, but it can be advantageous. It is worth checking out if you want a unique and traditional archery experience!

The Horse Longbow is from a long piece of wood with a strong string. You can hold the archery bow in one hand and the bowstring in the other. You can use the horse longbow to shoot arrows at a very high rate of speed, and it is very accurate.

If you are starting with archery, get a bow from this list of +500 longbows you can use.

Related posts:
What are the disadvantages of a longbow?
How Much Space Do You Need for an Archery Range?
Do bow strings stretch?
How Strongly Do You Have to be to Use a Longbow?
Previous Post: « How much does it cost to tune a compound bow?
Next Post: Can you hunt elk with a recurve bow? » 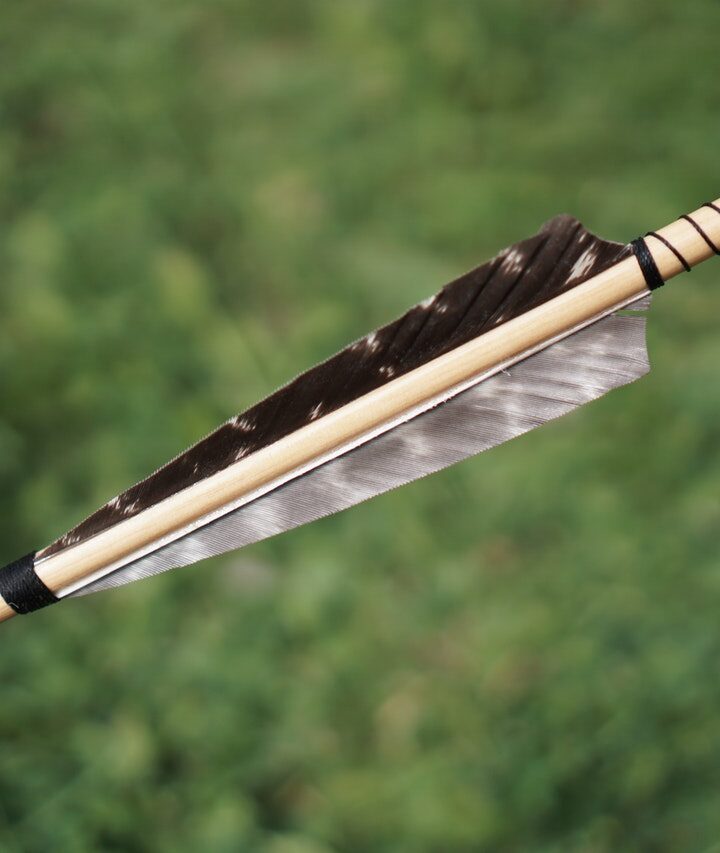