Home » How far can a longbow shoot? We got the numbers! A longbow can shoot an arrow up to 225 yards (206 meters), but it is more accurate when used at closer ranges.

Longbows are typically shot from around 20-60 yards away, depending on the archer’s skill level and the type of bow used. But it can reach up to 225 yards. Other factors may include the type of arrow, its weight, and the weather conditions.

There are three types of longbow:

An English longbow is a type of longbow that has been used continuously for over 2,000 years. English longbows are between 6 and 7 feet in height. It is a powerful bow that can shoot up to 200 yards.

Warriors extensively used the English longbow during the Middle Ages and Renaissance periods. They often used the longbows in battles to shoot arrows at the enemy. With the help of English longbows, there were many famous battles won.

American longbows are slightly taller than English longbows at around seven feet and can shoot 787 feet. It is a powerful weapon still in use today by hunters and sportspeople.

This type of bow has a draw weight of around 50-70 lbs. but can be as high as 100 lbs. Its arrowheads are usually about 3-4 inches long and have a metal point. However, some archers are using stone arrowheads.

It can be very accurate and could achieve a distance of up to 350 yards. It was particularly effective at taking down large animals, such as elk and bison.

The Horse longbow is best for both galloping and archery. It was ideal for mounted warriors who needed to ride with an effective bow and arrow at full speed. The Horse longbow was a powerful military bow about six feet in length.

It has a draw weight of about 120-180 pounds, which could propel an arrow at speeds of up to 40 mph (64 kph). Archers used the Horse longbow mainly for its power, range, speed, and accuracy.

They are historically associated with the Welsh forces of King Edward I during his invasions of North Wales in 1277-1283.

The longbow may have existed as far back as the Bronze Age, making it well over two thousand years old. However, its true origins are unknown.

Indeed, accuracy is essential when using a longbow; an archer cannot shoot multiple arrows quickly at their target like they can with a crossbow. This feature makes the longbow equipment of choice for those who require precision in their shots.

What range does a longbow have?

A longbow has an average range of around 165 yards. However, this can vary depending on the experience and strength of the archer.

Longbows are not as accurate at longer distances as other bows, such as a recurve bow, but they are more powerful. This fact makes them ideal for hunting. It can penetrate a target at a distance of over half a mile, but the range of 165 yards is more practical for hunting and battle.

A longbow’s range is not as great as other bows, such as a recurve bow or compound bow. However, longbows are easier to use than those bows because they have less recoil and are more powerful.

The overall length of longbows is around six feet. The bowstring on a longbow is usually made from animal gut, linen, or modern materials. The arrows used with a longbow are also typically made from wood, with a metal arrowhead.

A longbow can be very accurate, but it is essential to remember that it is not always the best weapon to use in every situation. The archer’s strength and experience must match the bowstring and arrows for the bow to be effective.

Longbows are one of the oldest bows in human history. For thousands of years, European, Asian, African, and North American cultures used the longbow for hunting and warfare before it fell out of favor with technological advancements.

There is a resurgence in interest among archers who want to try something new or different from traditional shooting methods.

Owning a bow can be an expensive endeavor; however, you may find that investing your money into this ancient weapon will pay off if you get hooked on archery. They are available in models for left-handed and right-handed people of all ages.

How fast do longbows shoot?

A longbow can reach speeds of up to 240 feet per second when shot by a strong person with a strong bow.

The bows have also increased in size and strength, making them capable of firing arrows at high speeds. Archery arrows shot from a longbow can travel up to 500 yards, making them an effective hunting tool for taking down large game animals.

Below are some modes that determine or increase the speed of an arrow shot in a longbow:

If you are new to longbows, you should be aware of some more practical considerations. For example, if you shoot a straight arrow from a strung bow, it recoils slightly each time you fire, which means you should put more energy into the arrow’s flight.

Longbows have been in use since ancient times, and you may perceive them as primitive, but they have modern usages. Some of the most common uses include target shooting and hunting large game such as deer.

Longbows have also evolved over the centuries from being made from different woods to being made entirely of fiberglass or carbon fiber.

How many arrows can a longbow fire in a minute?

A skilled archer could shoot up to 10 arrows per minute with a longbow. However, given that most people would need some practice before achieving this level of proficiency, we can say that, on average, an archer can shoot about five arrows per minute.

When firing arrows in rapid succession, a longbow has always been king. Today, some shooters can manage to fire three or four archery arrows in the time it takes for their average opponent to fire one. It is all in the draw.

A longbow has a much longer draw than your average bow. This point means that you have to fully extend the archer’s bow arm for a longer period.

Not only does this mean that the arrow is traveling through the air longer, but it also gives the archer more time to line up their shot and aim before releasing.

An average longbow will shoot at around 240 feet per second at the three-quarters draw. Compare that to a modern compound bow, which discharges its arrows at approximately 320 feet per second when they draw to its full extent.

That might seem like a disadvantage, but the long draw of the longbow also provides more power and stability to the arrow as it leaves the bow. This makes it a much more stable shooting platform and allows the archer to aim for longer without worrying about it veering off target.

An average longbow will hold for around four seconds at full draw – giving the archer plenty of time to line up their shot before releasing. If they need more stability or power, they can also utilize a “follow-through” after releasing the arrow, which will keep the bow drawn for an extra second or two.

How accurate was a longbow?

You can consider the effectiveness of a longbow’s accuracy at up to around 200 yards. Although some longbows can shoot up to 400, the accuracy tends to drop off after 200.

Many factors determine the accuracy of a longbow.

The draw weight is the amount of force required to pull the string back to its full draw. The heavier the draw weight, the more power it has.

This power is what launches the archery arrow forward. Therefore, a bow with a higher draw weight will be more accurate than a lower draw weight.

Different types of arrows travel at different speeds and have different amounts of stability in the air.

For example, heavier arrows have more stability and fly faster than lighter arrows. Therefore, a bow with heavier arrows will be more accurate than the one with lighter-weight archery arrows.

The nock is one of the parts of the arrow that fits over the bowstring, and the materials should be sturdy that can withstand repeated use.

Fletching is the feather or plastic vanes attached to the arrow’s back to provide stability in flight. And the point must be sharp and well-balanced to fly straight and true.

An archer’s shooting form can affect the accuracy of their shots. For example, if an archer does not have a good grip, their attempts will be less accurate.

Additionally, if an archer does not properly anchor their string hand, it can cause the rest of their shots to be less accurate.

The bowyer’s skill in shaping and curing the wood is also an essential factor in determining the accuracy of a longbow.

First, he must select the appropriate type of wood and then carefully craft the Bow to ensure evenly curved and well-seasoned.

The accuracy of a longbow also depends on the archer’s skill. If you had been practicing from a young age or had strong arms, then accuracy would be high.

On the other hand, some commoners practiced shooting a bow, emphasizing power rather than accuracy or speed, which may not have been as accurate.

The longbow has remained an iconic symbol of English military power. And even today, archers continue to use this ancient weapon for target shooting and hunting. Moreover, with its combination of accuracy and power, the longbow is still considered one of the most effective bows ever created.

How heavy is a longbow arrow?

On average, an arrow typically weighs between 4.4 and 6.2 ounces. But the ideal weight would be around 4.6 ounces to achieve the correct balance and penetrate an animal’s hide or armor.

When shooting arrows from a longbow, it is vital to ensure that the arrow’s weight corresponds as closely as possible to the draw weight to achieve maximum accuracy and power.

If you choose a lighter arrow, it will not have the momentum to penetrate deeply into the target. But if it is too heavy, it may be more difficult to draw back the bowstring. So, there should be a match between the draw weight and arrow weight to be effective.

When hunting with a longbow, choosing the correct arrow weight is also necessary. Hunters need to shoot an arrow with great force and accuracy.

Some hunters prefer to use heavier arrows to be seen more easily against foliage or dark landscapes. For example, an extremely heavy longbow arrow might weigh as much as 50 grams.

Pick your own longbow from this selection of +300 longbow.

Related posts:
Is it OK to Dry Fire a Recurve Bow?
Do you close one eye in archery?
10 Ways Archery Counts As Exercise
How fast does a 50 lb recurve bow shoot?
Previous Post: « How long can you leave a crossbow cocked?
Next Post: Are all compound bows adjustable? » 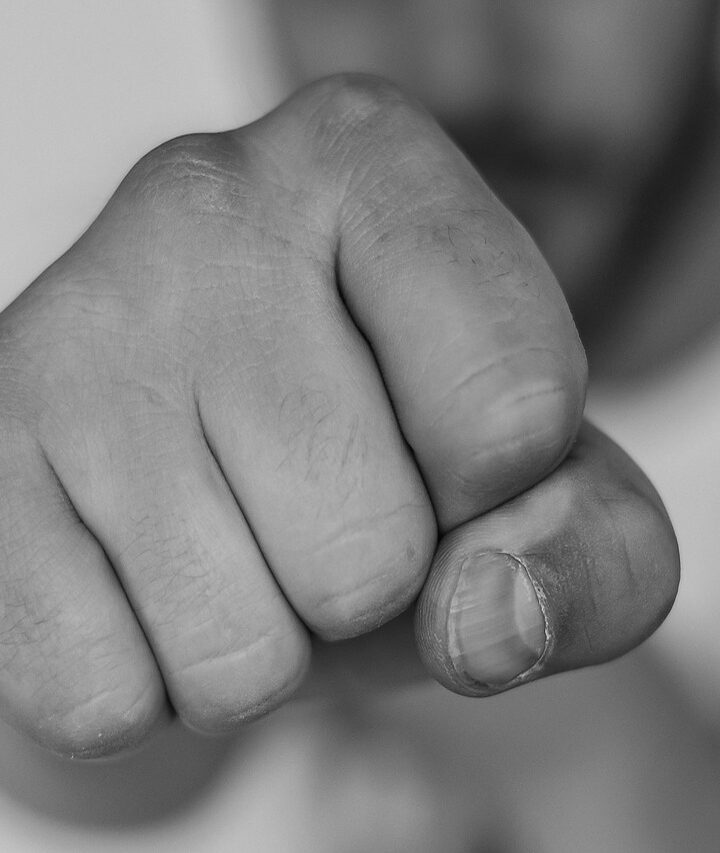