Home » Can You Do Archery With Long Nails?

You can do archery with long nails as long as it does not get in the way when pulling your bow. Your fingers should never pluck the string of your bow to avoid losing a nail. When released, the bow should also be clear to prevent the wires from tangling in your nails.

One of the most delicate parts of archery is getting a consistent and clean release. It is the moment when you let go of your drawn string to allow the arrow to travel through the air and hit your target. Of course, it looks easier than done, but it needs care and accuracy.

Having long nails is a challenge even for seasoned archers, and accidents are evident. That is why newbies may be uncomfortable when finding their grip, as their releases will come into contact with their nails. That could potentially rip their long nails.

How to prevent damaging long nails in archery?

There are archery kits available to prevent possible nail damage, and these all fall into the category of release aids. The type of bow you use might change your release aid selection.

Below are the different release aids for compound bows and recurve and longbows.

Compound bows are the best bows to shoot if you want to use a release aid. These bows have designs that hold back most draw weight when you pull the bow to full draw. These days, most of the release aids are made with compound bows in consideration.

Archers with recurve & longbows usually opt for more straightforward release aids, gloves, or finger tabs. These are the best choices for this type of bow because most recurve archers shoot traditional-style archery that does not utilize the triggers used in compound bows. With recurve & longbows, it is more focused on learning proper finger techniques for drawing and releasing the bow.

The great thing about finger tabs and gloves is that they protect your hand and do not hold any weight. They are generally compatible with anchoring and aiming techniques fit for recurve archers. Such aids can also interfere with how to recurve shooters anchor and aim their shots.

The tabs materials are generally thinner than the gloves, although both are leather-made. Tabs, however, provide improved sensitivity on the bowstring for a better aim and release. Tabs make your three draw-fingers into one smooth surface for the string to easily slide off.

Release aids are great for beginners, especially for the compound bow shooters. But they still offer some obstacles to recurve & longbow shooters. That is why it is essential to know the different release aids that fit your practice.

Can you do archery with acrylic nails?

There is no rule against wearing acrylic nails in archery. However, just like having long nails, it may cause you to slow down while shooting. It can also get in the way of getting the arrow knocked fast and getting a consistent release.

Release aids help a lot in these cases. To protect your acrylic nails, use a tab or gloves to avoid contact with your bowstring and arrow. It is also advisable to use a compound bow with a release aid to assist in pulling the arrows.

It is best to shoot with your tabs on for a bit longer to get the string and finger marks. Some may have varying mileage on leaving the tab for a long time to protect their nails from damage. Keeping your tabs on also does not matter whether you are shooting barebow or Mediterranean as long as you can get the hang of it and feel comfortable.

What are the three main fingers used to draw the bow?

When doing the slit finger technique, it is best to curl the fingers around the bowstring so that the first joint of all the three fingers aligns appropriately on the bowstring. However, for beginners, a great tip is placing your index finger on the corner of your mouth. It is to get a clearer sight of your target.

What should you not do in archery?

The top three of these strict rules that you should not do in archery are: never shoot over a ridge, do not shoot an arrow straight up in the air, and do not drink alcohol before, during, and after shooting a bow.

Aside from those three rules, here are other safety practices that you should observe in archery:

Rules are strictly implemented and followed because of the rising number of incidents in archery. There are approximately 4,300 archery-related injuries recorded every year that require emergency room care. The most common injury is abrasion from improper handling of either the arrow or the bowstring.

If you want to get into archery but have long nails, there is no need to worry. Practice is the key, and it will be more comfortable moving forward as soon as you get used to it. Learn how to shoot with one of the release aids mentioned above, and it will help you get accustomed to shooting with long nails.

Related posts:
How far can you kill a deer with a recurve bow?
How do you shoot an arrow without hitting your arm?
Can you shoot wooden arrows from a recurve bow?
Can You Learn Archery at Any Age?

Previous Post: « Do shorter bows shoot faster?
Next Post: Can You Shoot a Crossbow Without a Cable Slide? » 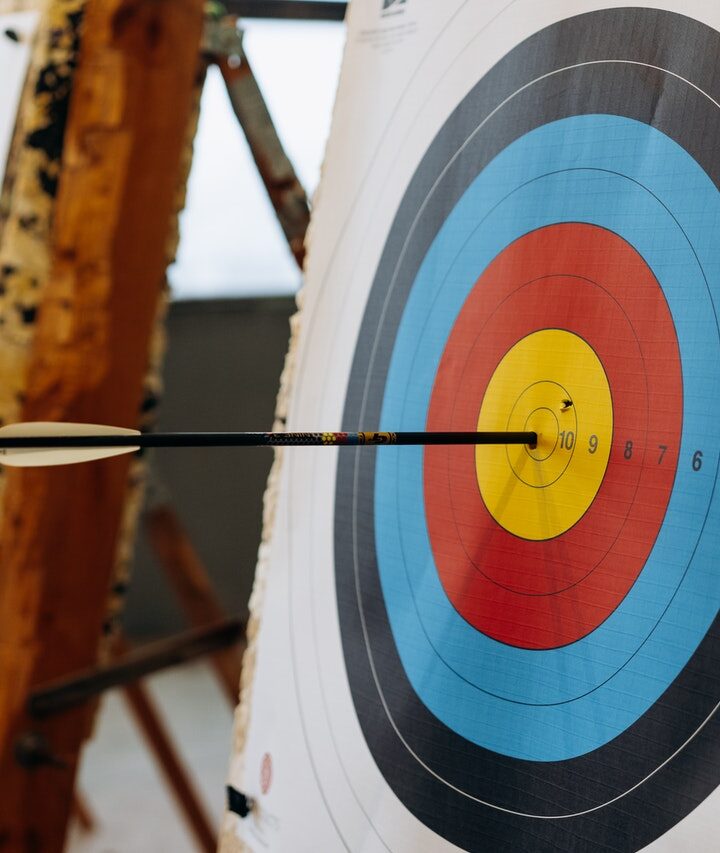